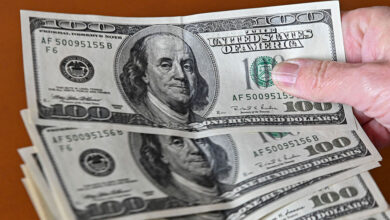 US multinationals grapple with soaring greenback

NEW YORK: The rapid rise of the US dollar since the start of the year is a double-edged sword for American multinational companies, pushing some of them to decide whether to hedge or reposition their activities abroad to avoid fallout. 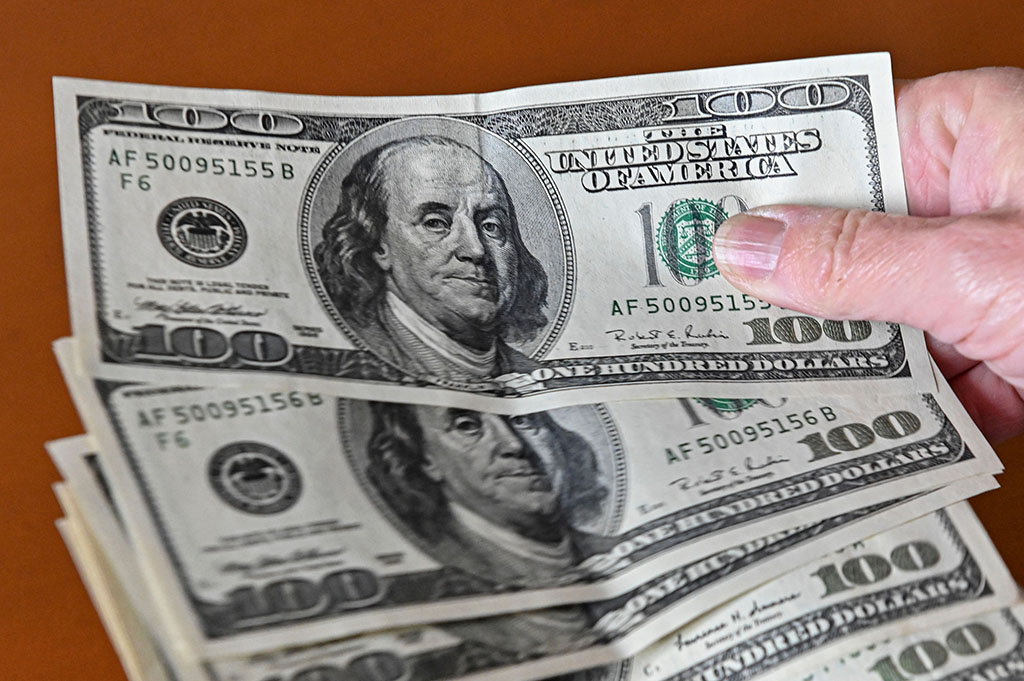 US dollar notes are photographed in Buenos Aires, on June 23, 2022. - Argentines do their accounts in dollars, traumatised by recurrent economic crises and tormented by the inflation that is eating away at their pockets and is projected to exceed 60% this year. (Photo by Luis ROBAYO / AFP).

For an importer, the surge in the greenback against the euro, yen or British pound is a plus, because it makes the products they buy cheaper.

But for a US export company, products sold in dollars have become more expensive, which increases the risk of losing clients and seeing sales decline. And they also lose money when converting foreign revenue back into to dollars. Many firms already revised their earnings forecasts for the year to account for the changing exchange rate, including computing giant Microsoft, which warned its quarterly sales will fall by $460 million and its net profit by $250 million due to the currency hit. Adobe, Salesforce, Biogen and Pfizer have all warned that the dollar’s rapid rise will have a greater impact on their accounts than expected.

Companies that generate most of their revenue outside of the United States are the most exposed, starting with tech giants, medical equipment makers and service companies, according to Kyriba, a corporate cash management platform. Kyriba estimates the currency effects could mean a $40 billion hit to earnings of S&P 500 firms in the first half of the year.

The Federal Reserve’s decision to aggressively hike interest rates to combat rampant inflation, combined with an influx of funds into the country from investors looking for a safe haven in uncertain times, have combined to boost the US dollar. The greenback has risen 13 percent compared to the euro over the last 12 months, approaching parity, and gained 22 percent against the yen.

“Short term, that’s a good thing for the United States because it means all the imports are cheaper and it puts downward pressure on inflation,” said Desmond Lachman of the American Enterprise Institute think tank. But further out, the effect on the US economy is more nuanced, because if exports fall, “the United States trade deficit widens and then we get more external debt.” But multinationals “don’t have control over these big items,” he explained.

They can, however, mitigate the effect of fluctuations in foreign currencies in which they price and invoice goods by adopting hedging strategies – using financial instruments that provide a kind of insurance against losses caused by the changing exchange rate. Most corporations already have hedging programs in place, and they change their plans on a quarterly or even monthly basis, sometimes trying to predict currency movements, Kyriba’s Bob Stark said. But it’s not an exact science, he noted, especially in a time of great uncertainty about the direction of inflation, interest rates and the possibility of a recession.

But “since the start of the pandemic, CFOs have gotten very good at looking at multiple scenarios and building on them,” Stark said. Sporting goods giant Nike, for instance, warned Monday that currency effects would cut annual revenue by several percentage points. But the profit hit is much lower because of the hedging. The current high volatility in foreign exchange markets also means it costs more to hedge, so some firms are choosing not to use those instruments.

Among the other tools at their disposal, multinationals can reduce their exposure with other techniques, such as by paying their Japanese suppliers in dollars, by renegotiating prices, or even by buying their supplies from different countries. Or they can simply wait for the US currency to weaken before repatriating their profits.

However, once the exchange rate has strengthened, there is limited room to maneuver, according to Nikolai Roussanov, a finance professor at the University of Pennsylvania – especially when prices are also rising because of supply chain issues and energy costs. “If you try to react to something already happening, it might come to bite you later because some of these movements are quite transitory,” he said. – AFP.