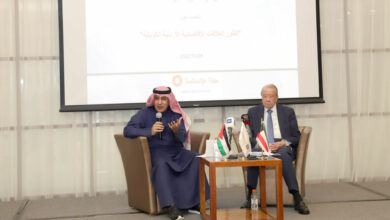 Kuwait is the first investor in Jordan with USD 18 bln

Amman: Kuwait’s ambassador to Jordan, Aziz Al-Daihani, said on Saturday that Kuwait is the first investor in Jordan with an amount of 5.5 billion Kuwaiti dinars (USD 18 billion). 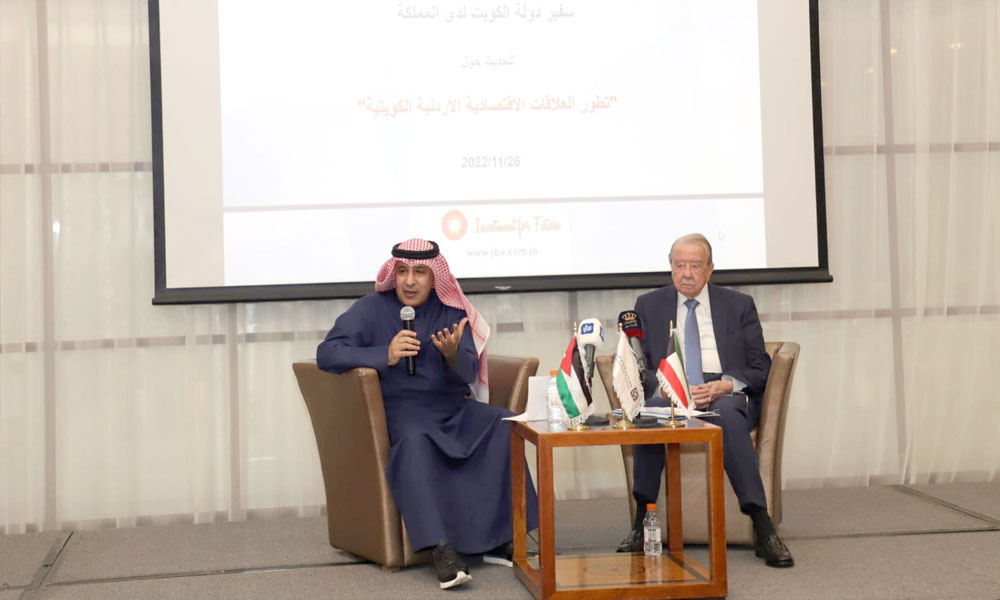 During a meeting organized by the Jordanian Businessmen Association under the title (the development of Jordanian-Kuwaiti economic relations), he hoped that economic cooperation between the two brotherly countries would expand to reach a political cooperation level.

He praised the investment climate in Jordan and the interest of the political leadership in supporting the investor who are looking for an encouraging climate and a stable investment environment, calling on Jordanian businessmen to take advantage of investment opportunities in Kuwait.

Al-Daihani reviewed the Kuwaiti humanitarian role in supporting Jordanian efforts to absorb the repercussions of refugee crises in the region, appreciating the role of the Jordanian Businessmen Association in strengthening economic cooperation relations between the two countries and discussing issues of concern to the Kuwaiti and Jordanian private sectors.

For his part, the head of the Jordanian Businessmen Association, Hamdi Al-Tabbaa, said during the meeting that Kuwait is one of the most prominent countries investing in Jordan, in addition to being one of the most important trade partners which amounted to nearly USD 18 billion.

He described the Jordanian-Kuwaiti economic relations as deep and rooted in the agreements of trade and investment and prevent double taxation and protect mutual investments, which have brought the two countries together since 2001.