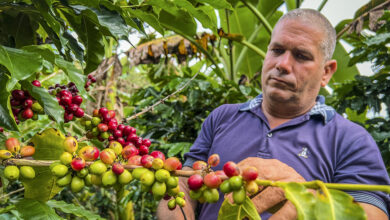 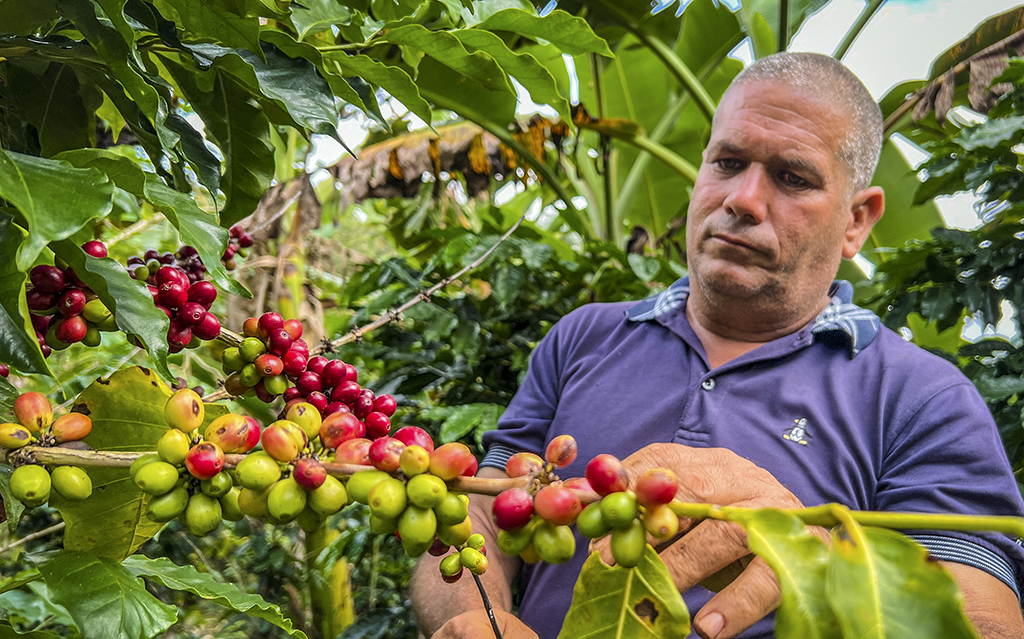 JIBACOA: Coffee farmer Jesus Chaviano verifies the quality of coffee grains at his coffee plantation in Jibacoa, Villa Clara province, Cuba. Cuba launched an official strategy to value the depressed coffee sector by cultivating particular varieties of high quality and excellent grain yield, which would allow it to enter a select market for this product. - AFP.

The donation came as Cuban President Miguel Diaz-Canel concluded a visit to China, part of a rare foreign trip. Chinese President Xi Jinping and Diaz-Canel met on Friday and “the offer arose of a donation of around $100 million by China,” Gil told Cuban state television.

Gil, who is also Cuba’s economy minister, said the money would go toward “priorities” on the island, which has been rocked by its worst economic crisis in three decades. Diaz-Canel concluded his visit to China later Friday and continued on a global tour designed to gain support for Cuba in renovating an electrical system that has failed repeatedly, causing frequent blackouts. Gil said leaders of the two countries also discussed “the subject of the debt” that Cuba has accrued with China but did not specify the size of the debt.

“Our president explained the situation that we confront, and there was understanding from China. We are seeking mutually acceptable formulas for the planning and restructuring of the debts,” Gil said. China is Cuba’s second biggest trade partner after Venezuela. Both nations are strong political allies of Cuba. Earlier on his trip, Diaz-Canel visited Algeria, where President Abdelmadjid Tebboune promised to ship fuel to Cuba, donate a photovoltaic power plant and cancel interest on debts, Gil said. Diaz-Canel’s trip was also to include stops in Turkey and Russia.

Meanwhile, Russian leader Vladimir Putin and Cuban President Miguel Diaz-Canel have presented a united front against their common “enemy” Washington as they slammed Western sanctions. The two also unveiled a bronze monument to Fidel Castro in the capital Moscow, with Putin praising the Cuban revolutionary as a “bright” man. The Kremlin chief, who has been seeking to pivot Russia from the West after he sent troops to Ukraine in February, praised Moscow’s decades-old friendship with Cuba and said the two countries needed to ramp up cooperation further.

“We have always opposed various kinds of restrictions, embargoes, blockades, and so on,” Putin told the Cuban leader at the Kremlin, welcoming that Havana backed Moscow on the international arena in return. Diaz-Canel said for his part that the visit to Moscow had a “profound” meaning. “First of all it is taking place as both countries – Russia and Cuba – are subject to unfair and arbitrary sanctions that continue, and they have a common enemy, the Yankee empire that manipulates a large part of the world,” he said in the Kremlin.

Diaz-Canel backed Russia in its confrontation with the West, saying Moscow should stand firm. Russia’s influence in Cuba waned with the break-up of the Soviet Union in 1991 but it has been making a comeback. Cuba has been under US sanctions for more than six decades, while Russia has been slapped with unprecedented Western sanctions after Putin launched an offensive on Ukraine on February 24. Diaz-Canel hopes the visit to Russia will help boost his country’s struggling energy sector in the midst of prolonged blackouts and fuel shortages. – AFP.