BRUSSELS: EU sanctions against Russia do nothing to prevent the delivery of pipeline turbine, an EU spokesman said Friday, accusing Moscow of fabricating an excuse to cut off gas supplies. 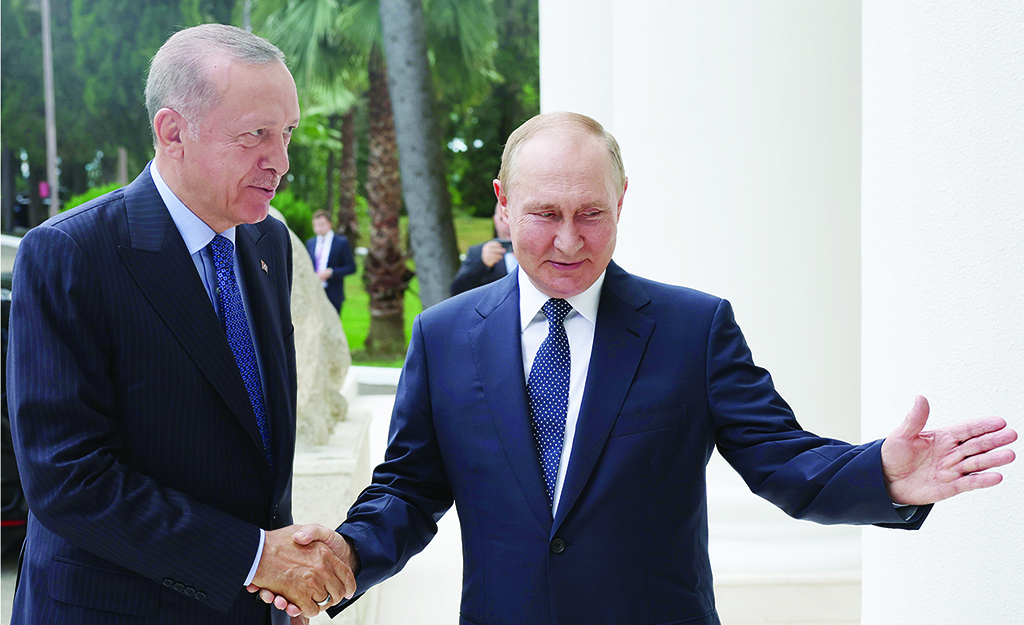 But Eric Mamer, spokesman for the European Commission, dismissed this and accused Moscow of using energy supplies as a lever to blackmail Europe over its opposition to the invasion of Ukraine. “There is nothing in the sanctions that prohibits the turbine, the Siemens turbine that is currently meant to go to Russia, to go there,” Mamer told reporters. “Anything else that is being said on the issue is purely and simply wrong … and anything that the Russians are saying on this is basically an excuse not to not to provide gas to the European Union.”

Earlier this week, Germany’s Chancellor Olaf Scholz accused Russia of blocking the delivery of the key turbine to throttle gas supplies to Europe. But Gazprom said the delivery was impossible, because of “sanctions regimes in Canada, in the European Union and in Britain”.

Gazprom has already blamed an initial reduction in gas deliveries via the Nord Stream 1 gas pipeline in June, on a delayed return of the turbine from Canada, where the unit was being serviced. It is now in Germany, but the firm is still insisting it needs a sanctions waiver to accept its return.

Mamer, citing previous comments by European Commission chief Ursula von der Leyen, said “of course there is blackmail on the side of Russia when it comes to the supply of energy to the European Union.” The European economy, and in particular Germany’s energy and chemicals industries, is highly dependent on deliveries of natural gas from Russian fields.

Many other Russian exports and imports have fallen foul of EU sanctions since Moscow launched its invasion of Ukraine in February. But Berlin and Brussels are keen to keep Russian gas flowing, even if EU capitals have spent hundreds of millions of euros per week on Russian energy since the start of fighting. Gazprom, however, has slashed supplies of gas, arguing that its Nord Stream 1 pipeline to Germany cannot run at full capacity until the refurbished turbine is returned.

Meanwhile, President Recep Tayyip Erdogan has confirmed that Turkey will start paying for some of its Russian natural gas imports in rubles. The announcement was initially made by Moscow late Friday after more than four hours of talks between Erdogan and Russian President Vladimir Putin in Sochi.

The United States is leading international efforts to impose economic sanctions on Russia in response to its February invasion of Ukraine. But NATO member Turkey has tried to remain neutral in the conflict because of its heavy dependence on Russian energy.

Russia accounted for about a quarter of Turkey’s oil imports and 45 percent of its natural gas purchases last year. “As Turkey, our door is open to everyone,” Erdogan was quoted Saturday as telling Turkish reporters on his flight home from Sochi. “One good thing about this Sochi visit is that we agreed on the ruble with Mr. Putin,” Erdogan said. “Since we will conduct this trade in rubles, it will of course bring money to Turkey and Russia.”

Neither Erdogan nor Russian officials have said what portion of the gas will be covered by ruble payments. Avoiding paying for the gas in dollars helps Turkey protect its dwindling hard currency reserves. The Turkish government is reported to have spent tens of billions of dollars in the past year trying to prop up the lira against steep declines during its latest economic crisis.

The lira has still lost 55 percent of its value against the dollar and consumer prices have soared by 80 percent in the past 12 months. The crisis has complicated Erdogan’s path to a third decade in power in elections due by next July. The United States and European Union are trying to pressure Russia’s energy clients from switching to ruble payments to limit Moscow’s ability to wage its war against Ukraine. Ruble payments help Russia avoid restrictions on dollar transactions with Moscow that the United States is trying to impose on global banks.

Turkey has refused to join the sanctions regime against Russia and instead pushed for truce talks between Moscow and Kyiv. Erdogan and Putin pledged in Sochi to expand economic cooperation in sectors including banking and industry. – AFP.