A dam threatens to swallow farmland in drought-hit Iraq

Al-MESSAHAG: Jamil Al-Juburi, 53, has never left his village in northern Iraq, where his family has worked the land for generations-but a dam will soon swallow his home, forcing them out. 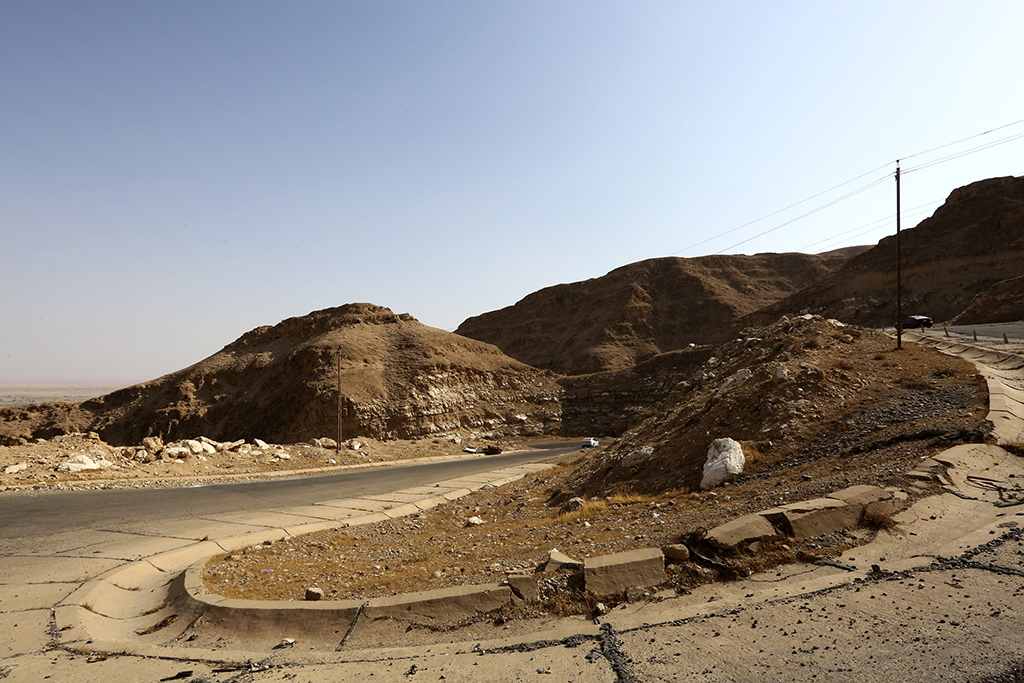 SALAHEDDINE: Photo shows a road leading to the village of Messahag in northern Iraq’s Salaheddine province, one of the villages that will be submerged in water if the Iraqi government completes the project of building the Makhoul dam. – AFP.

Tens of thousands of Iraqis are threatened by the Makhoul dam, which the government hopes will be operational on the mighty Tigris in five years. “I was born here and I grew up here,” said Juburi, whose village of Al-Messahag is set in pasture land on the banks of the river.

“It’s difficult to leave for somewhere else. It is a whole past that we leave behind us.” Once the dam is erected, Juburi’s whole region will be under three billion cubic metres (105 billion cubic feet) of water. In a country highly vulnerable to climate change-and buffeted by three consecutive years of drought-authorities have defended the project, which will boost water stores and help prevent shortages.

However, activists decry the impact on more than 30 villages-home to about 118,000 people-and the threats to biodiversity and archaeological sites. Employed at a state-run oil refinery, Juburi leaves his sons to work the family land, where they plant wheat and citrus trees. He would agree to move, he said, to put “the national interest above personal interest”-on condition that the dam “will serve Iraq” as a whole. Juburi also demanded “adequate damages” in order to safeguard his and his family’s future.

Iraq already has eight dams, but it complains that construction of the facilities upstream, mainly in neighboring Turkey, has impacted its river volumes. Plans for the Makhoul facility can be traced back to 2001, in the twilight of dictator Saddam Hussein’s rule. His downfall in a US-led invasion and chaotic subsequent occupation saw the project shelved for years. Work finally got underway in 2021, with drilling, soil analysis and a bridge spanning the river. 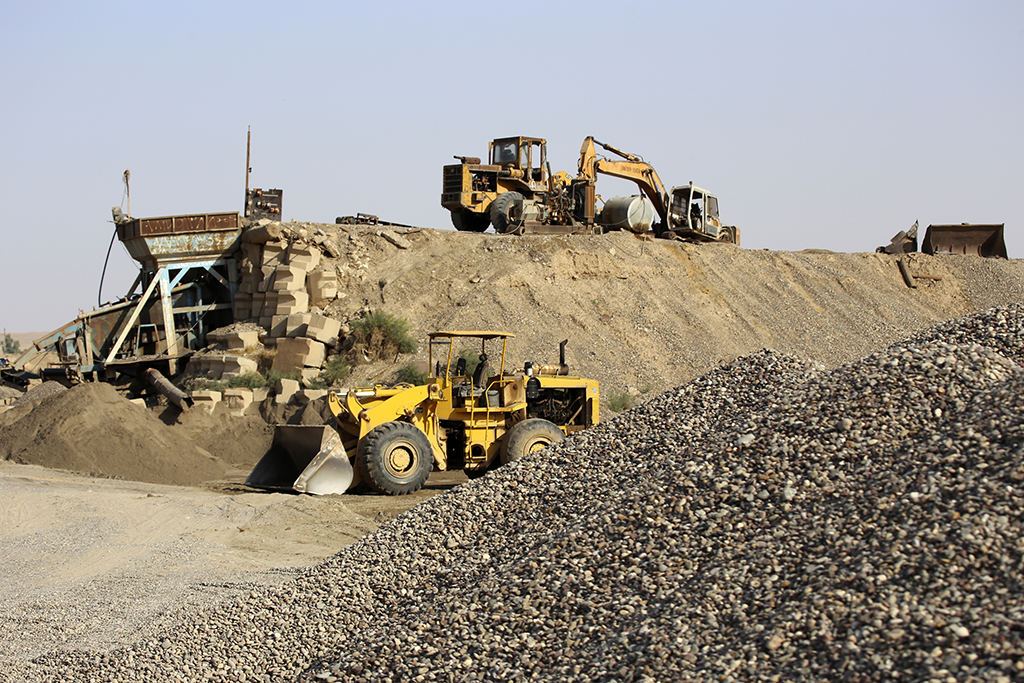 SALAHEDDINE: Construction vehicles operate on the site of Makhoul dam project on the Tigris river, near the village of Messahag in northern Iraq’s Salaheddine province.- AFP.

Riad al-Samarai, deputy governor of Salaheddin province, lists a 250 MW hydroelectric power plant and an “irrigation canal that will serve agricultural areas and contribute to the nation’s food security” as among the project’s benefits. “The public interest requires the construction of this dam to guarantee water reserves for Iraq,” he said. Five villages are located on the site of the future reservoir, he added, and “a commission has been formed by the provinces and relevant ministries to ensure adequate damages for residents” and to relocate them. But civil society is up in arms, not only about the human impact.

There are also repercussions for flora and fauna, warn environmental groups Save the Tigris and Humat Dijlah, who say the ancient city of Ashur-a UNESCO world heritage site-is also at risk. In August, the International Organization for Migration noted that “there has been no official attempt to speak or engage” with local communities. “Respondents who are farmworkers and landowners saw Makhoul Dam as a severe threat to their livelihoods,” IOM said in a report, sharing the findings of a study by Iraqi organisation Liwan for Culture and Development.

“Nobody has come to see us. Nobody has asked us anything,” said Jamil’s father, Ibrahim al-Juburi, who is in his 80s. “My ancestors, my father, then I, all stayed in this region,” the farmer said, his body hunched. Liwan researcher Mehiyar Kathem said the real problem was the “reduction of water that is coming in” from upstream beyond Iraq’s borders.

“Iraq doesn’t need a new dam,” he added. Instead, “the Tigris needs to keep flowing” because of the increase in salinity. Kathem also pointed to the impact on vulnerable women-led households. “There is a higher number of women in the area who rely on the agriculture and on the land. We don’t know what is going to happen to female-headed households.” The study found that 39 villages-each home to between 200 and 8,000 residents-risk being submerged.

According to Liwan, 67 square kilometers of “fertile farmland, estates and orchards” will also disappear if the Makhoul dam reaches full capacity, and more than 61,000 livestock will have to be “sold or relocated”. “The dam can disrupt the everyday life of some 118,412 individuals,” said Liwan, noting an “absence of trust with decision-makers” among the local communities. Residents “commonly stated that any expression of discontent with Makhoul dam would fall on deaf ears, and their voices would be ignored”, it added. – AFP.