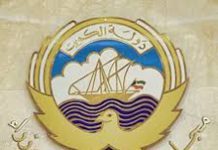 Cabinet extends curfew till the end of Ramadan

KUWAIT: The Council of Ministers yesterday decided to extend the partial curfew from 7 pm until 5 am until the end of the fasting month of Ramadan, government spokesman Tareq Al-Mazrem said. Mazrem said that the decision will be reviewed by the government just before the end of the holy month around May 12 with the possibility of a new decision based on the health situation.

The decision did not make any reference to the indefinite ban on the entry of expats in the country which means that the decision remains effective. Based on the previous decision taken before the start of Ramadan, people were allowed to walk until 10 pm and delivery services of food will continue until 3 am throughout Ramadan. The partial curfew regulations were re-imposed about two months ago after a steep rise in the number of coronavirus cases despite the ongoing vaccination drive.